"My goal is to help people realize their gifts and talents by showing and proving on my journey to success in all aspects," says Vacherie, Louisiana's K.Levy. The young artist is not driven by fame or clout but the actual direct impact he has on others, a rarity these days. That impact is not only felt in the music as K.Levy is an author and speaker, presenting his story in different mediums, reaching people in numerous ways. K.Levy looks to stay extremely prolific and consistent as he looks to show more transparency moving forward. With the motivational hip hop artist getting set to drop more albums now is the time to find some hope in K.Levy's music.
From the early 2000’s K.Levy had an interest in music that blossomed into a passion. “I was really influenced by what most of my older cousins were listening to on a regular basis,” K.Levy recalls. With movements like Cash Money, No Limit and Trill Entertainment permeating through Louisiana mixed with Levy’s listening experience, it was only destiny that he became an artist himself. As he headed into his school years the young prodigy was already crafting and writing his own rhymes at the age of 6, writing remixes to his favorite hits. On top of this he was also rapping and performing at his birthdays leading all the way up to his 12th year. The evolution was natural, by high school, Levy is performing all over the country, in different kinds of venues and events etching his name amongst the masses. K.Levy was just getting started.
K.Levy is not here for the fame, he is not here for the clout, his God given destiny is to leave an impact on the people he’s around through art and other unique endeavors. On the microphone he brings a sharp honesty, informing the listener of his flaws while making it known that growth is possible and within reach. Levy’s art isn’t about gun talk or pursuit of celebrity status, it’s about putting a battery into the listener, helping them understand that there is something only they can do that has to be done. All of this came to a head in K.Levy’s full length debut album “Expect The Unexpected”. Every time K.Levy grabs the mic he’s ready to showcase not only his skill but his experience in this thing called Life, putting on and educating the youth for the future.
With years in the game K.Levy sees through all the smoke and mirrors and provides a unique experience for those looking for more. All the while providing various avenues of creative expression and teaching others in the process. “My versatility has opened up so many opportunities for me,” Levy says. Its been a domino effect for K.Levy, “Being an artist has opened up acting opportunities, being an actor has opened up opportunities for speaking engagements,” he says. Between owning the mic, performing all over the country, speaking and acting, K.Levy is the embodiment of the grind and trust in God to help leave the impact on the Universe. Heading into the coming years K.Levy plans to stay “extremely prolific” as he gears up for his new releases. Now is the time to press play and take the breath of fresh air K.Levy presents. 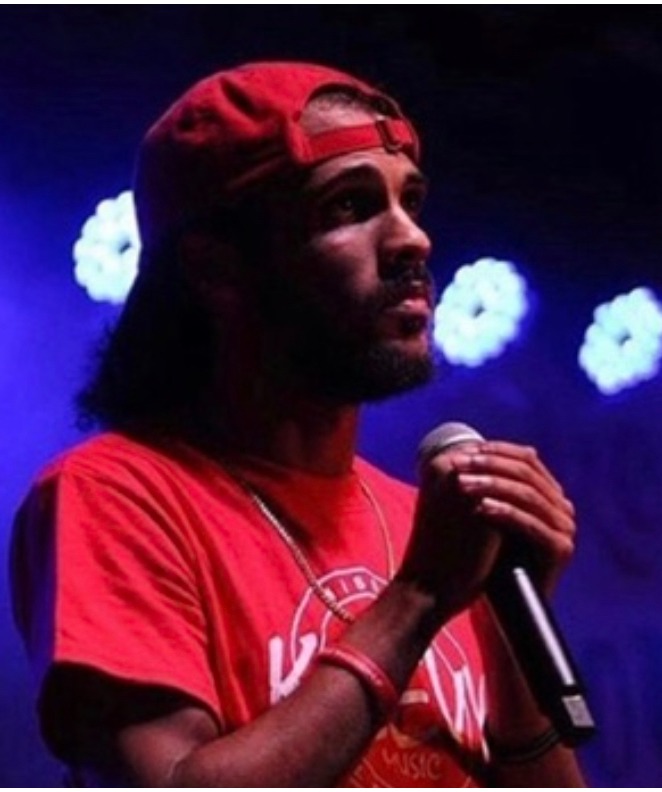